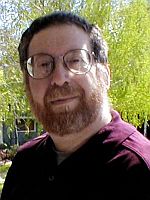 Lee Actor worked in the video game industry for almost 20 years. While at Bally Sente, he met Atari alum and Imagic co-founder Dennis Koble. After that company closed shop completely in 1988, they started Sterling Silver Software/Polygames. Actor talked to us about some of the things he worked on there.

GDRI: What was the extent of Polygames' involvement with Sonic Spinball?

LA: When Sega realized that Sonic 3 would not be ready for Xmas 1993, Polygames was hired by Sega Technical Institute to program and project manage Sonic Spinball. The game was on a severely compressed schedule; we started work in March 1993 and finished in Sept. 1993. The game was designed on paper by Peter Morawiec of STI, which of course was subject to modification during the development process. Polygames (Dennis Koble and I) did the software design and about 90% of the coding; the rest of the coding was done by two programmers at STI, which also did all of the art, sound, and music. During the entire development process, there was exactly one physical meeting of all the parties involved. Though I wouldn't say Sonic Spinball is one of the greatest games ever, it is a solid effort and does have its fans. But when you consider what was accomplished in the time available (we worked seven days a week throughout) under very strict conditions, I do consider it a great project management success.

GDRI: This could be considered "splitting hairs," but would you consider Polygames the sole developer of Spinball or a co-developer with STI?

LA: I think it's fair to say that Polygames and STI co-developed Spinball since they [STI] provided the game design, artwork, and other support. But I would put Polygames first.

GDRI: Is there anything you can tell us about Genesis Pit-Fighter II?

LA: As far as I can remember, Pit-Fighter II was an Atari sequel to the original arcade title, and we [Polygames] did a relatively faithful port to the Genesis.

GDRI: Many games credited you and Koble with design as well as programming. What did design work entail? Was it essentially graphics?

LA: With reference to "design" for Sterling Silver Software/Polygames titles, that always means "game design." Neither Dennis and I are graphic artists, and the majority of the art in our games was subcontracted out (not to say that we didn't do some graphic design and, of course, manage and supervise all the artwork). In most cases, we designed the gameplay and in all cases, we designed the human interface. Keep in mind that when we started in games (30 years ago for Dennis, 25 years ago for me), there was no such thing as a game designer; the designer and programmer were always the same person. On my first Atari 2600 game, I did the design, programming, sounds, music, and most of the art. The first game that either of us worked on that had a separate game designer was Sonic Spinball.

GDRI: What was City Golf? Was it for a particular format?

LA: In the mid-90s, "multimedia" had become a big buzzword, and a number of traditional media companies were looking for an entree into the interactive entertainment arena. One of these was RGA (Robert Greenberg Associates), one of the biggest CG special effects houses in Hollywood. City Golf was to be a game for PC and Mac in which the player literally golfed on the streets of recognizable cities like New York, San Francisco, Paris, etc. We worked on it for more than a year and finished about 2/3 of the game when Philips (RGA's partner in this project) got cold feet and withdrew the funding. Probably a good move on their part.

GDRI: When you say PC, would that have been DOS?

LA: Sorry, no, that was for Windows.

Having left the game industry in 1999 and "retired" in 2001, Actor is now a full-time composer. For a more in-depth look at his entire video game career, we suggest you read his interviews on Atari Compendium. [1] [2] His official website is here. We thank him for his time.

Interview conducted via e-mail by CRV in November 2007.