Level-5 inc（株式会社レベルファイブ） is a Japanese top-leading Multi-talented firm together Nintendo, Bandai Namco, Konami, studio Ghibli.[1][2] Present-CEO Hino Akihiro had founded its company in 1998.[3][4] They have prominent video games as Inazuma eleven, professor Layton, Yo-kai watch, LBX, snack world, Ni no Kuni.[5][6][7][8] Their headquarters office exists in Fukuoka, along with Tokyo.[9][10] And the organization structure is well-comprise for themselves multimedia proposals. They can accomplish their almost promising rights case like approaching Yo-kai watch to western customers.[11][12] moreover, their webpage provides mentions provide case studies of some small and almighty sections on approach to henceforth customers.[13] 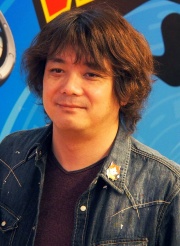 They possess almighty sections that can prepare henceforth contract of yo-kai watch, Inazuma eleven, danball Senki, snack world. Themselves had comprised for contributing to project organization operation with efficient activity.[34][35][36][37]

the contracted outsourcing section at japan

They were holds overseas section in the US.[41] But, some rumors say their office halted since 2020.[42] Meanwhile, they exist an IP license contracted to SMG holdings corp for ROK.[43]